Media > Movies > Fun With The Cast From The Hangover: Part II

Fun With The Cast From The Hangover: Part II

I stumbled across this photo from the upcoming The Hangover: Part II and couldn’t resist poking fun at it. I dug the original flick, but have little faith the sequel, which is set in Thailand(?), will be nearly as good. Too bad Mel Gibson was cut from the cast. Psychotic anti-semites are usually good for a few laughs. Anyway, here’s the pic, complete with hardy-har-har thought bubbles. 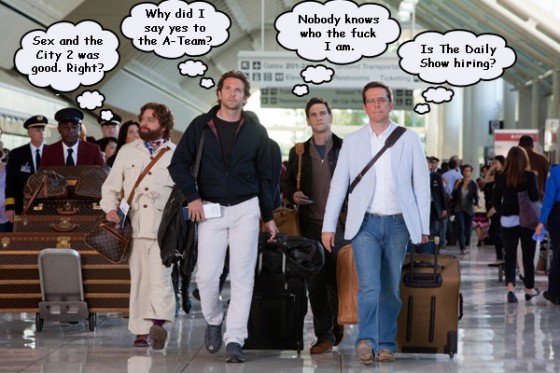