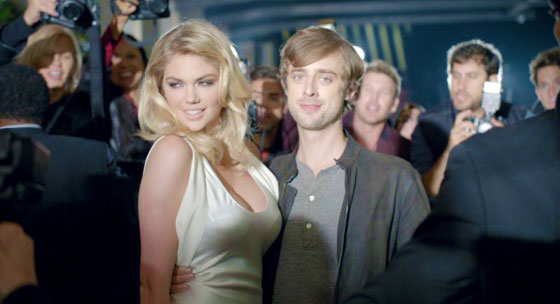 On Wednesday we showed you Kate Upton’s first Mercedes-Benz commercial for the Super Bowl, and today we’re delighted to bring you the second. While neither commercial shows the risqué side of the buxom model, just having her in the spots is enough to attract attention from sites like ours.

This extended version features Willem Defoe as the Devil, offering the new Mercedes CLA, and all of the benefits that come with it. Apparently those benefits include Miss Upton, so where do we sign?

The Mercedes CLA is a highly-stylizd four-door coupe with a turbocharged, 208-hp inline-4 engine. It’s poised to appeal to a new, wider demographic, with that $29,900 price tag. If it comes with the life depicted in this commercial, we think they’ll sell a few, million.