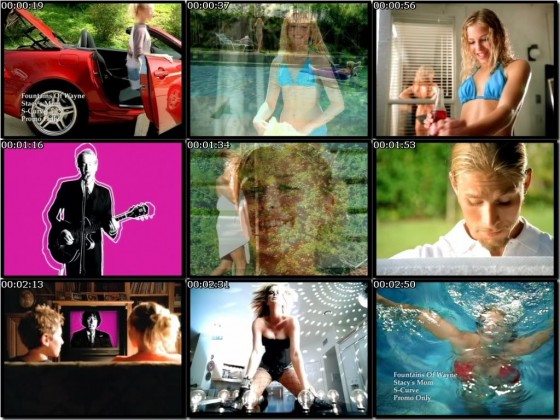 Well, happy Mother’s Day to all the mommies out there! Whether you feel appreciated by your snotty-nosed little bratty kids or not, always remember: only you have the power to make them, and you wield the greatest power to break them. Dig? Anyway while you shovel Mother’s Day fodder into your gaping gullets, why not rock out a bit to some great tunes about moms!

Info For Yer Mama: In 1961 “Mama Said” went number four on the Billboard Hot 100 and number two on the R&B chart. It has been covered by American Spring, Dusty Springfield, and The Stereos as well as a young Dionne Bromfield.

Info Fer Yer Mama: It was released as a single on February 5, 1972, reaching #4 on the U.S. Billboard Hot 100 charts, and was one of the earliest songs by a white musician to feature prominent elements of reggae.

8) My Guitar Wants to Kill Your Mother – Zappa

Info Fer Yer Mama: An a capella version of the song is included on The Persuasions’ 2000 Frank Zappa tribute album, “Frankly A Capella: The Persuasions Sing Zappa.”

Info Fer Yer Mother: (Wikipedia) The short was an effort between the two artists during a sleepless week of writing, recording and shooting before it aired. The song was written by The Lonely Island (Samberg, Jorma Taccone, and Akiva Schaffer) with Timberlake on the Tuesday before the short’s premiere. Samberg and Timberlake recorded the song in an all-night session two days later, with a 20-hour video shoot commencing the next day. Schaffer began editing the footage early Saturday morning and only completed the short within minutes of its broadcast debut, finalizing the video while the show was already live.

Info Fer Yer Mama: Following 9/11, this song was one of many (including another Pink Floyd song, “Run Like Hell”) to be included in the Clear Channel memorandum of songs with “questionable lyrics” which were generally not aired by Clear Channel radio stations.

5) Tie Your Mother Down – Queen

Info Fer Yer Mama: May started writing the song in Tenerife, while he was working for his Ph.D. as an astronomer. He composed the riff on a Spanish guitar, and woke up early one morning and played it while singing “tie your mother down,” a line he considered a joke.

Info Fer Yer Mama: The original 1988 music video was rejected by MTV for its ending sequence, which contains imagery of a chicken being sacrificed and an inverted cross being drawn in its blood (although Glenn Danzig noted that the chicken was not actually killed or harmed)

Info Fer Yer Mama: Written by Mick Jagger and Keith Richards, “Mother’s Little Helper” was recorded in Los Angeles from 3–8 December 1965. The song deals with the darker perspective of the use of barbiturates, specifically Nembutal (pentobarbitone), among housewives.