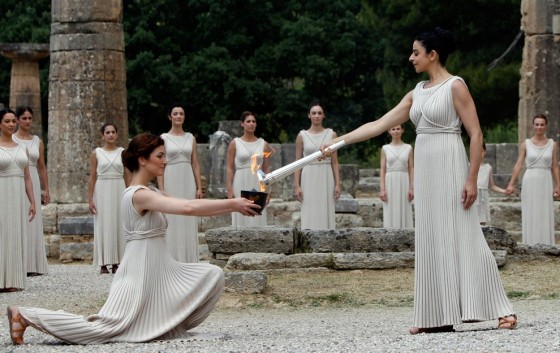 The Olympic Torch relay is one of the most lasting memories of the Olympics for anyone who ever gets to take part in it, or even just watch it go by. We’re still nearly two months away from the Summer Olympics in London, but the good folks at Boston.com’s The Big Picture have already begun chronicling the stunning beauty of this Olympic tradition :

Earlier this month (May) in Greece, the Olympic flame began its ceremonial journey to the site of the Summer Games in London. The flame is being carried in a relay by some 8,000 torchbearers to spread the message of peace, unity, and friendship over 70 days until it arrives at the opening ceremonies on July 27.

We’ve selected some of our favorites photos for the galley below, but definitely check out all of the photos and captions at The Big Picture.