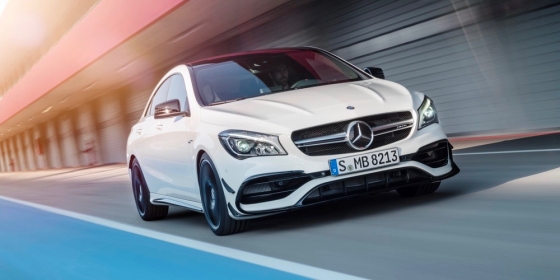 Perhaps the AMG version of the CLA Class is Mercedes-Benz’s way of telling haters to get over themselves. “But Mercedes isn’t supposed to do front-wheel drive! It’ll be slow and terrible! Wrong-wheel drive!” Just as they froth, we drop the hammer in the Mercedes-AMG CLA45, it sprints from zero to 60 MPH in 4.1 seconds, and the haters shut up. Or maybe we just leave them in our dust — which the AMG version of the CLA kicks up at all four wheels, not just the front ones, thank-you-very-much.

CLA = Bang for your Benz buck 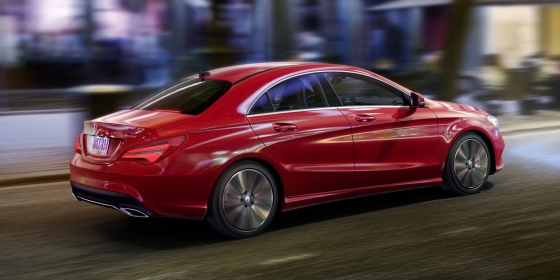 When it arrived at Mercedes-Benz dealerships in the States, the principal claim to fame for the CLA was its low entry price. It started a few bucks shy of $30,000 in 2014. That undercut the rear-wheel drive C-Class by several thousand dollars.

In true German fashion, options quickly raise the price of the CLA, with the base price creeping up to $32,400 for 2017. This is equally true for all other premium European brands. Want metallic flecks in your CLA’s paint? That’ll cost $720. Want Apple CarPlay or Android Auto in your CLA? That’s a separate $350 option you’ll have to buy on top of the upgraded infotainment package that costs about $2,300. 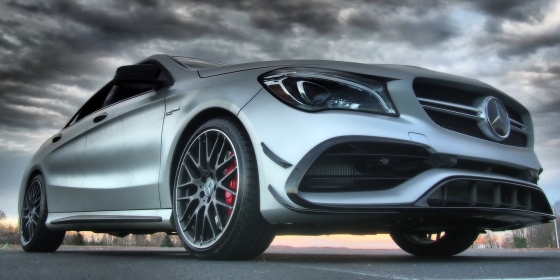 That might cause compact sport sedan enthusiasts to swallow hard. This is the golden era of cheap horsepower, where $70k can nearly buy two Subaru WRX sedans that might hang with the AMG CLA45 at an autocross. But the Scoob doesn’t have anywhere near the Merc’s level of refinement, and it will get trounced if the CLA45 has even the slightest room to stretch its legs. 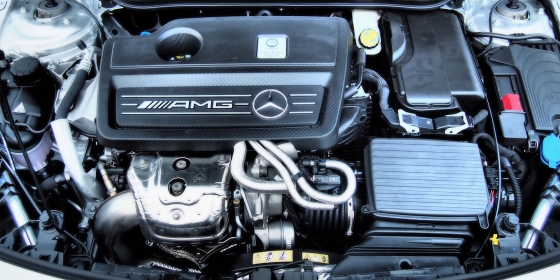 One of the neat things about AMG is how the engines are assembled by hand. Our test car featured the signature of the engine builder on the engine cover. As you can read in much further detail on their site, “One Man, One Engine” has been a guiding principle of AMG since its inception.

The CLA45’s AMG engine, by the way, is a 2.0-liter inline four-cylinder gasser that is turbocharged. Its 375 horsepower is an impressive statistic — 20 horsepower more potent than when this model debuted — but the fun comes from its 350 lb-ft of torque that rolls on at a low 2,250 RPM and holds all the way to 5,000 RPM. 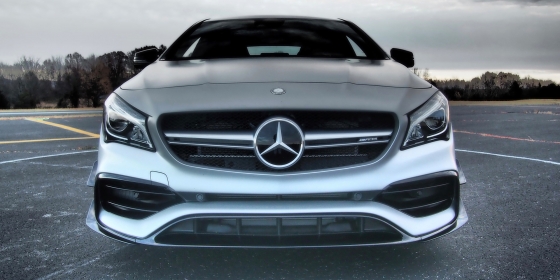 This wide, flat torque curve is never far out of reach on the highway. We found out when a semi truck attempted to change lanes on top of us. We instinctively floored the throttle. Completing the pass made more sense than slamming on the brakes and risking a rear-end crash on a rural stretch of interstate. AMG’s slick seven-speed dual-clutch transmission (DCT) and that hand-built engine made quick work of whooshing us past the truck.

The engine makes all the right sounds when the AMG Dynamic Select dial is set to its sportiest “Race” setting. The mode activates a muffler bypass that allows more of the snorts and whinnies of those 375 horses to be heard.

Downshift with the paddles on the steering wheel while you’re in Race mode, and you’re rewarded with a chorus of backfire pops and crackles. Romp on the throttle and bang off upshifts above 4,500 RPM or so, and you’ll get a nice little throat-clearing sound between gears, too. It’s addictive and fun — and fast. 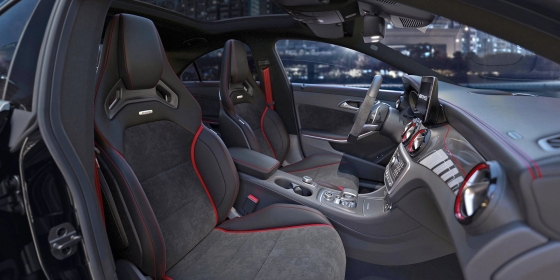 Those of us with children expected to hate the low-sweeping “coupe” roofline and the relatively short second-row legroom of the Mercedes-Benz AMG CLA45. However, our experience proved surprisingly easy, even when loading a baby into a rear-facing child safety seat.

Somehow, Mercedes-Benz managed to mount the front buckets and rear bench at a height that was less “sports coupe” than we expected. We didn’t feel like we were sitting on the floor, as we often feel in sporty cars. This helped the AMG CLA45 remain comfortable, even with two children younger than six in the back seat.

Admittedly, adults or lanky teens might take issue with a long ride in back, where headroom was 35.6 inches and legroom was 27.1. A likely German competitor, the Audi S3 has just nine-tenths of an inch more headroom for rear-seat occupants — and its performance falls well short of the fiery AMG CLA45. The S3 has the advantage in rear legroom, with 35.1 inches, but the Audi is not nearly so nice looking as the CLA. Hey, priorities.

For the driver and front passenger, optional Recaro sport seats in our AMG CLA45 were very firm. They offered a wide range of movement and excellent lumbar support. We took the car on the interstate and some city streets for about four hours one day, and the seats remained comfortable. 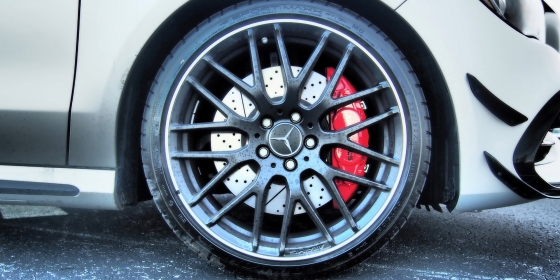 The AMG sport suspension made for a harsh ride unless we left the mode selector dial in “Comfort,” though, and the amount of road noise that entered the cabin did not make us think “Mercedes.” The trade-off was stupendous handling and feedback. The AMG CLA45 is far more engaging than a number of entry-luxury cars, including the Lexus IS and Volvo S60. Again, priorities. 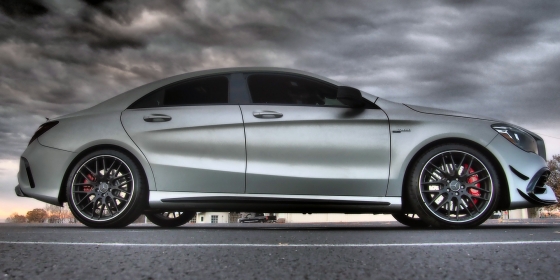 The 2017 Mercedes-Benz CLA is, contrary to the assertions of rear-wheel drive fanboys, a solid entry in the premium compact segment that definitely deserves to wear the Three-Pointed Star. It also happens to be a pretty decent deal relative to others in the segment.

Take that competitive package and stuff a bunch of AMG performance goodies inside, and it becomes probably the most fun you can have in this class of vehicles. Mostly, it’s fun because the AMG CLA45 is a fast and sporty drive. Admittedly, part of the fun is smashing preconceptions of those who only think of the CLA as the front-drive, low-cost Mercedes.

Is the AMG badge pricey? Sure — and sports car bros in their $37,000 Subarus and their clapped-out European performance sedans bought from second, third, or fourth owners on Craigslist are gonna let you hear about it. Envy does that to people. Make no mistake, the Mercedes-AMG CLA45 is a machine worthy of their envious admiration — or loathing. Not that you’ll care. You’ll drown them out in a cacophony of exhaust roar from the square exhaust tips and music from the Harmon Kardon Logic 7 sound system. 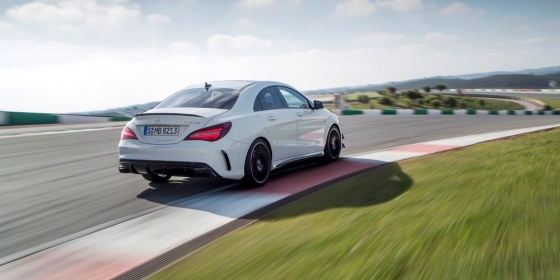