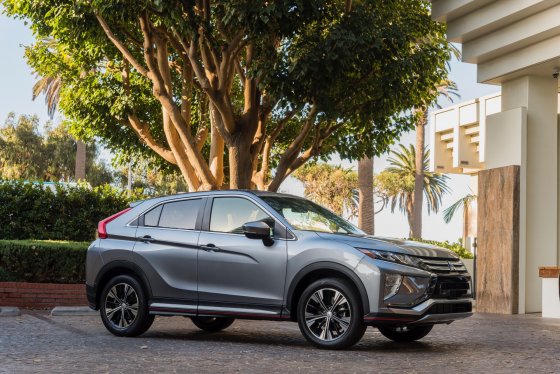 When you think of the Mitsubishi Eclipse, you probably think of a 2-door, turbocharged sports car. You probably don’t think about a crossover. Times are changing, and customer preference for crossovers is at an all-time high. Mitsubishi wants to capitalize on that craziness with a new crossover. But what should they name it?

Looking at their goals for the product, they dug into their history and came up with Eclipse. The Eclipse Cross isn’t a two-door sports coupe, but is it the spiritual successor of the company’s popular tuner? We recently recently flew to Los Angeles to find out. 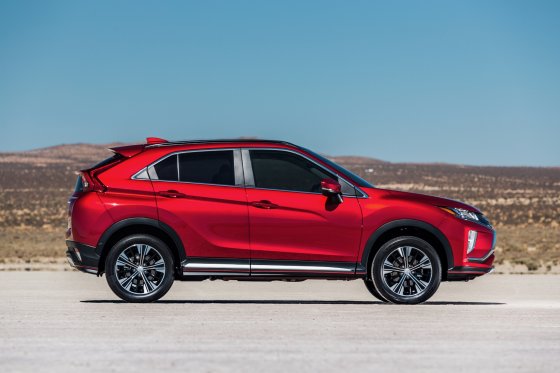 The Eclipse Cross is clearly a modern Mitsubishi product. It shares a similar grille design with the Outlander and Outlander Sport. The headlights swoop back to along the side of the front end, and the taillights have a reflector bar all the way across the rear hatch. There are angles and points throughout the design.

It looks attractive if not beautiful. Compared to many of the androgynous blobs that are roaming the streets, the Eclipse Cross makes an effort to stand out. Our loaded test model had LED headlights, taillights, and side marker lights. There was a massive panoramic sunroof. The optional 18-inch wheels fill out the wheel wells nicely without looking overly too big. 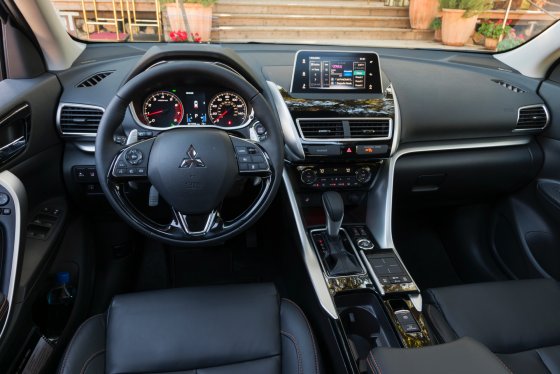 Inside, the Mitsubishi Eclipse Cross really surprises. The fit and finish of the things you touch – paddle shifters, shift knobs – feel top notch. The rest of the materials feel fine for a vehicle with this price. Where the Eclipse Cross really shines though is the available technology. Our test unit had full-stop adaptive cruise control, it had a full-color heads-up display. It had blind spot monitoring, rear cross traffic alert, and other futuristic safety technologies.

The infotainment system is operated either by a trackpad or touch screen. While we find the trackpad annoying in most cars, the fact there’s a real touch screen makes up for an ergonomic issues we might have. That infotainment system also supports Android Auto and Apple Car Play. Plus, it supports Mitsubishi’s online services, which allow you to control the car from an app on your phone, Amazon Alexa, or a Google Home device.

Support for both home control devices is an auto industry first.
The heads-up display is clear and crisp, and is displayed onto a piece of plastic that raises up from the dash when you start the vehicle. Because it’s not projected onto the windshield, the windshield is far cheaper to replace if it’s cracked. We had no problems with using it the way its designed. 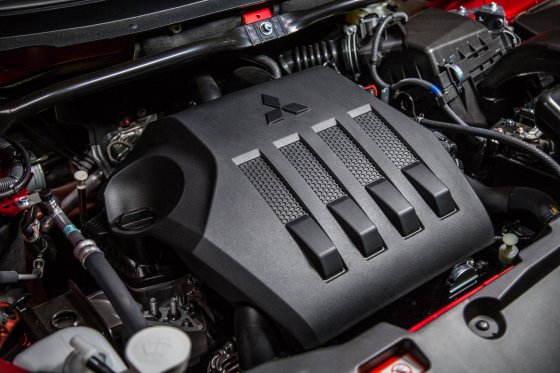 The Eclipse Cross is powered by a truly wonderful little 1.5L turbocharged 4-cylinder making 152 horsepower and 184 lb-ft of torque. While that number isn’t particularly impressive on its own, even up in the mountains surrounding Malibu the little engine provided plenty of linear grunt and no signs of lag. It’s more than enough power to get out of its own way, and plenty for the day-to-day that someone would buy this crossover for. 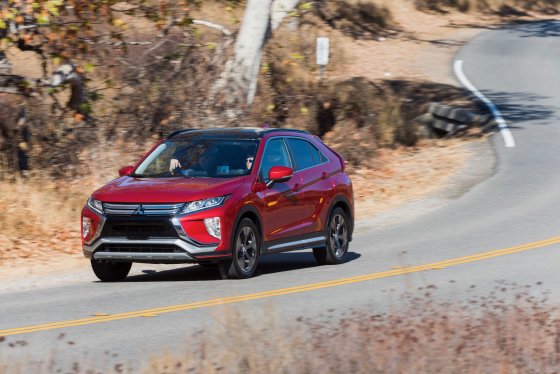 The letdown is the CVT. A continuously-variable transmission doesn’t have traditional gears, and sometimes can feel like spongey or like a rubber band. Some CVTs are better than others. For example, the transmission in the Nissan Maxima is really good. Unfortunately, programming of this CVT lets it down. It’s never in the right RPM to really feel sporty when the road gets twisty and putting it into one of the paddle shifter pre-programmed “gears” only helps slightly. It’s not a deal-breaker in normal, day-to-day driving, but it also doesn’t make the car feel particularly sporty when you want it to be sporty. 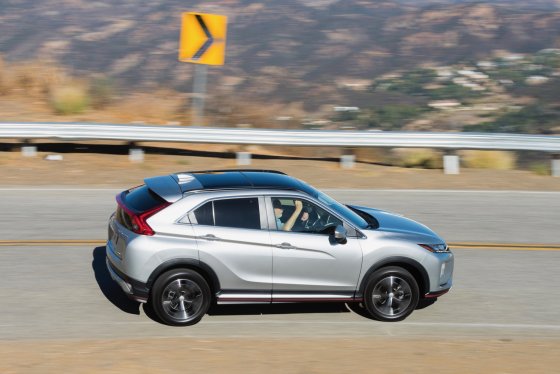 Finally, our model was equipped with all-wheel drive. It’s a torque-vectoring unit that shares some design elements with the outgoing Lancer Evolution. It was dry and sunny in Malibu when we were there, so it’s not easy to test out all-wheel drive. That doesn’t mean we didn’t do donuts in the dirt. Because we did. But it’s also not a really thorough test of how well the vehicle will performance in inclement weather. 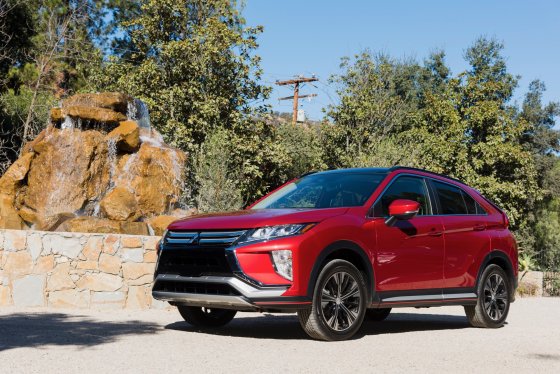 The Eclipse Cross starts at $23,295 and is front-wheel drive. Skip that version. All-wheel drive starts at $23,895, which isn’t much more money but should help in resale value. But the biggest value is in the fully-loaded model. While that might sound crazy, all the technology and features, plus the big sunroof and all-wheel drive ring the cash register at $30,395. It’s really quite a deal.

Is the Eclipse Cross the spiritual successor to the Eclipse that the company is known for? No. Is it a pretty solid family crossover that’s loaded with tech that’ll handle the day-to-day with ease? Yes. Yes it is.