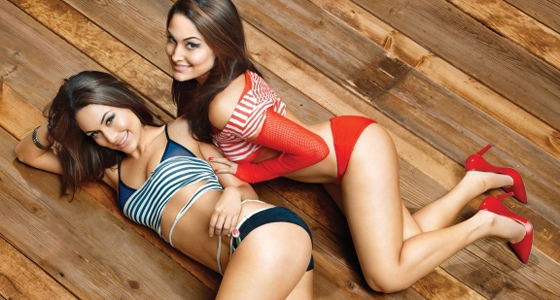 What’s better than a sexy babe in tight spandex? Two sexy babes in tight spandex. No, you’re not seeing double from being dropped on your head too many times practicing wresting moves in your living room. There’s actually two Bellas, Brie and Nikki. The twenty-eight year old duo made their ring debut back in 2007 and can been seen kicking Diva butt on WWE’s Monday Night Raw. Normally, we believe in fair fights but in this case we have absolutely no problem being tag teamed by these two. You can get two for the price of one by following both Brie and Nikki Bella on their shared Twitter account and checking both of them out in their hot gallery below.