Bill Simmons is a popular sports writer for ESPN. He is one of the most widely-read sports writers out there today. He is coming out with a new 700-page NBA book that he spent the last couple years to write. For those not familiar with his work, his columns are known to be really long and wordy. He makes popular and obscure pop-culture references in his writing, i.e. Chuck Klosterman.

Simmons has recently campaigned to become the new general manager of the Minnesota Timberwolves. He did not get the position, but stands by his statement that he would be good for an NBA team. Just by hiring a guy like himself, the team could garner attention and become a national news story. The public relations and attendance boost that the team would obtain by him would be worth the risk.

Here are some things that would happen if a team took a chance and hired Bill Simmons, “The Sports Guy,” as their general manager: 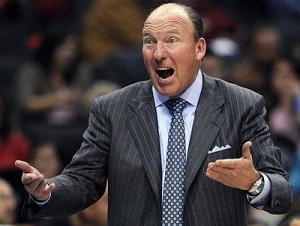 Check out more Sweetbob over at America’s White Boy.