Sports > Baseball > CC Breaks Up with the Cap’n

CC Breaks Up with the Cap’n 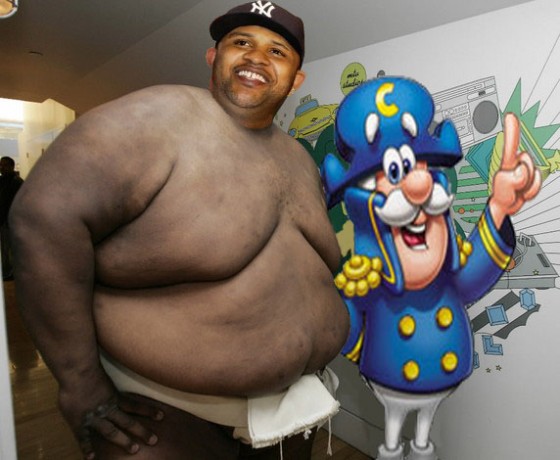 Breaking up is hard to do...

With football coming to an end and the legions of professional pitchers and catchers reporting for spring training duties, many in the sports universe are turning attentions to the dirt diamonds in the warm-weather states as the world prepares for baseball season.

Amongst the early reports from those sites comes the story of CC Sabathia, the ace of the New York Yankees staff, and a miraculous diet program that has him reporting a loss of 25 to 30 pounds. Sabathia has long been known as one of the heaviest players in the game, and while the results fail to suggest the weight as a problem (going 21-7 last season for the Yanks with a 3.18 ERA and 1.191 WHIP, whatever that means), many of the seamheads from the blogosphere are pointing to this story as one of the most intriguing headlines of the week.

In fact, most aren’t nearly as impressed with the weight he’s lost as they are with the WAY he lost it.

For instance, from Weed Against Speed, the master of the Sportress of Blogitude…

Portly New York Yankees pitcher CC Sabathia showed up at George M. Steinbrenner Field in Tampa on Monday looking surprisingly svelte – well, let us just say he appeared svelte compared to his usual pudgy appearance. Sabathia reports that he lost 25 pounds during the offseason, getting his weight down to a “manageable” 290 pounds. Sabathia credits the weight loss to one minor change he made to his diet: managing to ignore the sugary siren song of, in my opinion, the most magically delicious of all breakfast cereals (suck it, Lucky Charms): Cap’n Crunch… Such drastic weight loss simply from shunning a cereal makes total sense, because if you’re anything like me, Cap’n Crunch is like the crunchy breakfast cereal equivalent of crack. Once that box is opened, there’s no stopping until every oaty morsel has been devoured and I’m left with a borderline case of nausea and the roof of my mouth left cut up and raw due to shoveling spoonful after spoonful of the irregular, jagged-shaped deliciousness. But hey, raw mouth and gut rot is a small price to pay for such a tasty indulgence. I only wonder how long it will be before Sabathia succumbs to the lure of the Captain, falls off the wagon and is seen freebasing crunch berries in the dugout. It’s a slippery slope, kids.

Theresa Amrhein covers the Yanks for the New York-lovin’ scene in Boston (no, I can’t explain why NESN employ a spot to cover the Yankees… probably the least-read blog in Beantown) and is worried Sabathia will lose respect as the heaviest player in baseball.

Rob Neyer took to his new home with SBNation to discuss the financial ramifications and potential questions of motivation behind CC’s departure from the Cap’n. (No offense baseball fans, but I don’t blame him… I’d be lookin’ to get the fuck out of the shithole organization as well. Besides, Cashman signed the deal. If you didn’t think ahead or believe he might actually get motivated to stick that contract up your ass, tough luck.)

The locals from CBS (Bobby Dwyer) put the question of motivation to Sabathia… and he didn’t get too many answers.

Here at Gunaxin we have only one concern… why would you do this to the fatties of the world, you selfish son of bitch? You’ve set a horrific precedent, and now we worry what it will mean both for the breakfast cereal industry and for our favorite segment of the professional athletic population, the fat guys.

What if Vince Wilfork gives up Honey Smacks? 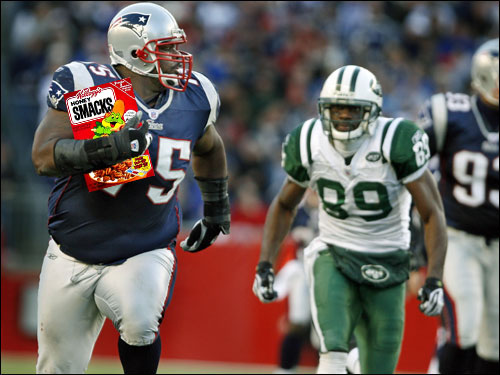 The Smacks ain't slowin' Vince down!!!

What if Eddy Curry throws his Corn Pops to the curb? 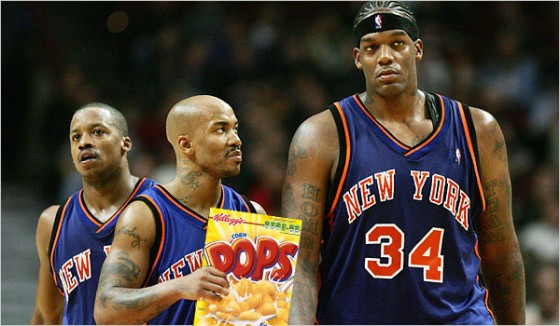 Pretty sure you need these... ya' fat mother fucker. 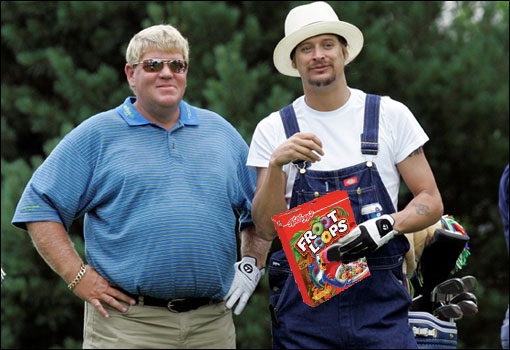 Did you turn the vaporizer off, man? Wha...

Where will this leave us, a nation of fat fans that look up to guys like Sabathia as an inspiration to stay fat, pretending we can still be productive despite our grotesque physiques? It’s not right.

What Cereal do you find most Addictive?