Five New TV Shows You Must Watch this Fall 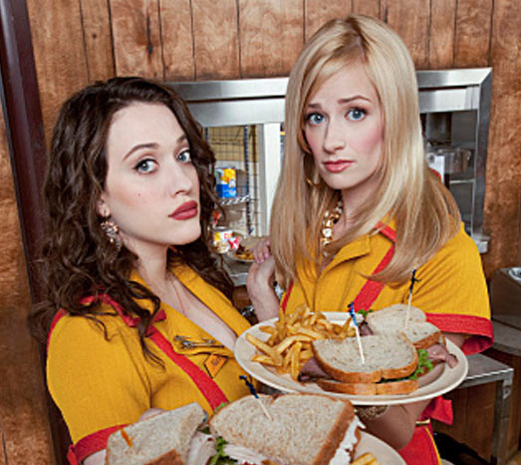 The new season of television is rapidly approaching. The summer doldrums are being put into our rear view mirror as we look forward to new and exciting things this fall. Most of all your favorite TV shows are returning, but what about all the new pilots that were picked up? What new series should you be most excited about? Keep in mind we only have trailers, teasers and history to go off of here, but here are five shows you should keep your eye on this autumn.

Creators Ryan Murphy and Brad Falchuck have gotten a bad rap because of Glee, but they did Nip/Tuck before they did the musical teen drama. The trailers and teasers for American Horror Story are creepy and look like nothing else on TV. The incomplete pilot was screened at TCA’s and was met with mixed reviews, but I bet this show will be a hit among regular people just looking to be entertained.

AMC is looking to continue their run of solid TV dramas. (The Killing was good until the very end.) Wheels takes on the Western genre and stars Anson Mount as a former confederate soldier who is looking to kill the people responsible for murdering his wife. Common also stars. The story is set against the backdrop of the Transcontinental Railroad construction. It might not be the next Deadwood, but if it’s anywhere close, we’ll be happy.

Who doesn’t love a good terrorist conspiracy show? Claire Danes stars in a drama where she’s apparently the only one that’s not complacent with terrorist activity. She also has to take pills because she’s crazy. Seems like it’ll be a smarter version of 24… with some sex.

Um, this one is pretty simple: Zooey Deschanel acting adorable. The story will be simple, but it’ll be funny too. Looks like one of the few promising network comedy pilots.

Created by stand-up Whitney Cummings this is a comedy that stars the gorgeous Kat Dennings and Beth Behrs as two waitresses in Brooklyn who work together to make ends meet so they can one day own a cupcake shop. A loose premise allows for the duo to get into all sorts of adventures. A true multi-camera sitcom is just what the doctor ordered for the network TV season.