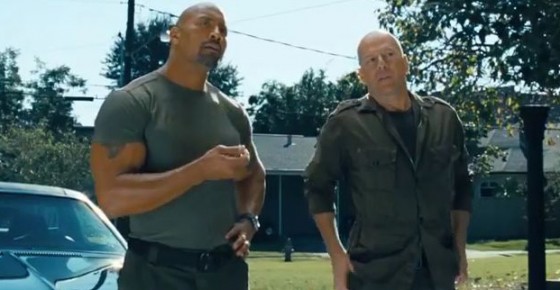 I gotta give the producers of G.I. Joe: Retaliation credit for basically scrapping the blueprint from Rise of COBRA and starting all over again. Channing Tatum’s Duke makes a brief appearance, and Ray Park’s Snake Eyes and Jonathan Pryce’s POTUS are still around, but everyone else got the ol’ heave-ho, including the writers and director. For now, the keys to the franchise have been handed to Dwayne Johnson and Bruce Willis. Whether or not this will add the expected boost at the box office remains to be seen. Based on the trailer, it doesn’t look much different: explosions, awful one-liners, slow-mo action, people in masks. Hey, it can’t be any worse than the first flick, right?