Gadgets > Games > GoldenEye Is Back! 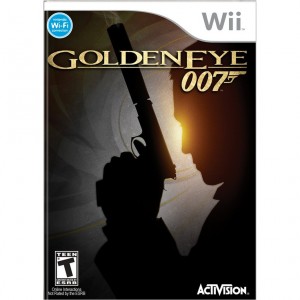 The Nintendo Wii and Activision have brought back an oldie but goodie with GoldenEye for the Wii. When I first saw the trailer for this game, I remembered the good ole’ days in 1997. I would challenge my friends on the Nintendo 64 in the multiplayer mode and we could play for hours and hours. This was one of the best first person shooter games out there for the 64. Flash forward 13 years and the Wii version is well worth the wait. Before playing this game I was wondering if this game was just going on the notion that people like me would buy the game just because of the GoldenEye name. As soon as I put in the game into the Wii console, I found out that this new edition can stand on its own. 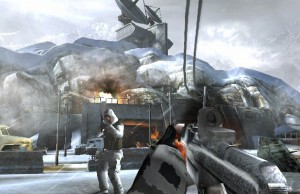 The graphics are solid and has an interactive world during game play. One example is if someone is shooting at you and you are ducking for cover, your opponent’s ammo will break down your cover. So you need to keep moving and eliminate your enemies. To keep the game new, Pierce Brosnan is replaced by current Bond actor Daniel Craig. The game does follow the movie GoldenEye which is great but if you don’t remember the film or game, you are still ready to rock the role of 007. There is a quick training course at the start of the game and you get helpful hints throughout. 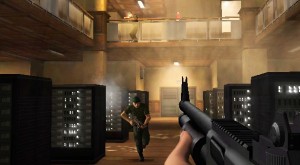 There are four levels of difficulty. There is Operative, Agent, 007, and 007 Classic. The Operative level is the lowest difficulty and just has the main story missions and contains no side objectives. In the Agent level you have a higher degree of difficulty and there are one to two additional side objectives. The third level of difficulty is 007, which contains more additional side jobs to complete. 007 Classic is the hardest level. Here the mode removes the regenerative health system and replaces it with a classic health and armor HUD. You have to find hidden body armor in each level to stay alive if you get shot during game play. This is very reminiscent of the 64 version of GoldenEye. 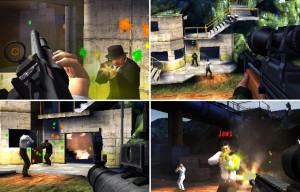 The multiplayer split screen returns to the first person shooter in GoldenEye that takes you back to 1997, but with a few improvements. You can play up to 4 players in the same room, on the same screen. With the variety of characters, game modes and weapons you can customize the perfect experience from over 500 split screen game combination. You can play as your favorite Bond characters and villains, including 8 classic characters – Oddjob, Jaws, Scaramanga, Baron Samedi, Dr. No, Rosa Klebb, Red Grant, and Blofeld. But if you are and were like me and my friends you say no one can be Oddjob since he is just so damn hard to shoot! There are a total of 40 characters you can use in the multiplayer mode. There are 17 game modifiers where you can mix and match to create a unique gaming experience every time you play. The game allows you to put a twist on standard game types with special modes like Paintball, Melee Only and You Only Live Twice. You can use Bond’s signature P99 and an assortment of automatic and sniper rifles, or ensure a surprise attack with proximity mines. GoldenEye also features online multiplayer for up to 8 players designed for seasoned online gamers with unique modes and a robust XP system for unlockables and achievements. 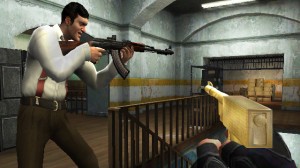 Nintendo and Activision also allow you to play GoldenEye in your own comfort level. There are four different controllers that you can pick from to play the game. You can use the Wii Remote and Nunchuk, the Wii Classic Controller, the Wii Classic Controller Pro, or the GameCube Controller. If you love first person shooter games or want to relive the good ole’ days when you were shooting down your friends in the first GoldenEye make sure you pick up the game for the Wii. You can get more info on the game at the games website or go to Amazon.com to purchase the game. It’s well worth the price with the great game play, fantastic multiplayer mode, and strong graphics. Check out the trailer below and you know you will start getting chills once you hear the Bond theme music.