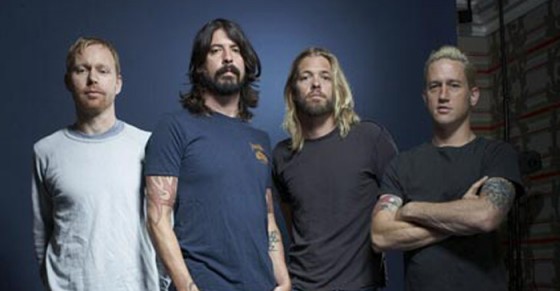 Everyone loves a good cover song. See enough bands live and you can’t help but hear some fantastic interpretations of another artist’s hits. And these alternate versions never seem to be in short supply as almost every group or solo artist has their own catalog of go-to tunes they enjoy paying homage to. This isn’t a list of the most well-known, or even the very best, but rather a handful of cover songs we find to be especially awesome. Let’s get to it.

Lots of bands have taken a stab at The Who, and this song in particular. But few, if any, have nailed it as completely as Eddie Vedder and Co.

9) Gavin DeGraw : We Are The Champions

Nobody can fully capture the power and grace of Freddie Mercury’s voice. That being said, DeGraw does display a pretty potent set of pipes in this rendition of the Queen classic.

If any song was deserving of an electronica spin, it would be Olivia Newton John’s ’80s smash hit. Goldfrapp adds a moody tone to an otherwise upbeat track.

One hit wonder Corey Hart’s “Sunglasses At Night” gets a hip hop treatment from kings of cool, The Federation. It’s a kickin’ remix straight from the street.

Love ’em or hate ’em, Oasis dropped some massive hits during their reign in the ’90s. Ryan Adams pours a heavy dose of angst and emotion into his version of “Wonderwall.”

Not many guys have the stones to even attempt a Michael Jackson cover. But when you possess one of the most versatile voices in the game as Chris Cornell does, you do it and do it well.

3) Radiohead : Nobody Does Is Better

Thom Yorke and his mates take Carly Simon’s theme from Bond flick The Spy Who Loved Me to another level. It’s part rock, part alternative, and kick-ass from start to finish.

Leave it to Maynard James Keenan to take an inspirational, hopeful song and turn it into a bleak nightmare. Great covers can alter sentiment without losing the impact of the original. Mission accomplished for A Perfect Circle.

When you think groundbreaking hip hop, you think country folk band The Gourds. This unorthodox cover is creative, brilliant and utterly hilarious. Who says southern country and urban rap don’t have anything in common?