Three Reasons the Xbox One DRM Reversal is Still Bad

Recently Microsoft pulled a complete 180 (hence the amusing image above) on their DRM stance with their Xbox One console. This has led a number of fans to proclaim that the console war is once again back on, however, lost in all the internet fist bumping and dick measuring are a few facts everyone needs to remember about the Xbox One.

Literally less than two weeks prior to the writing of this article, Major Nelson, a major player at Microsoft (hence the name), reacted angrily to a comment about how easy it would be to remove the mandatory 24 hour check in on the Xbox One. You can watch the video below, the second the question is asked (11:30 in), Angry Joe is quickly chided by Nelson about whether he was on the design team.

When watched in retrospect, it’s now painfully obvious that removing every feature mentioned in that video, along with all of the other features fans criticized (inability to trade in games, region locking, not being able to share games with friends) was as easy as punching someone in programming in the balls until they pissed blood. The whole thing will literally take just one patch.

But even if we’re happy that Microsoft has done this and are planning on getting an Xbox One, we all just need to remember that …

Though Microsoft have completely reversed their decision and policies, there is absolutely nothing to say they won’t change it back after the first wave of sales. Since, as other people have noted, the fine print states that they can change their policies at any point without notice. Hell the fine print probably says they can boil your first-born alive if they want to, who the hell reads those things? 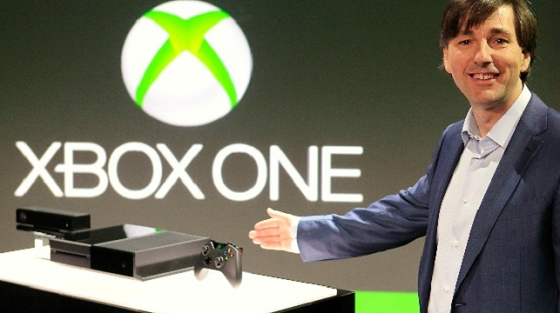 You have to stick the whole thing into your ass just to play Halo.

But why would they do that? Why would they re-instate policies they openly claimed were built into the console from day one? It’s not like they’ve ever done anything like completely flip-flopping on their position without notice before. Oh right.

But that would cause an uproar, all those people locked into their console purchase would be mighty pissed. Then again, Microsoft have given people their word, which well, doesn’t mean a thing when …

Like with the Angry Joe interview above, just after E3, the official avatar of Reddit Gaming, who inexplicably ended up being an attractive female, asked Major Nelson whether Microsoft were going to alter their policies in response to Playstation’s presentation. 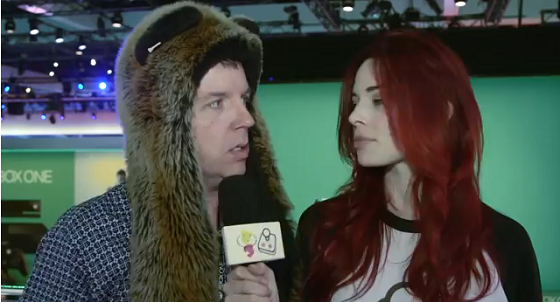 Nelson, pictured here with his skull trying to leap out of his body to attack the human female who discovered his animal form.

Nelson’s answer was a resounding, hell no. However, less than a week later, Microsoft have not only changed something, they’ve changed the very thing the console revolved around. Just over a week ago when asked about playing the Xbox One offline, the answer from Microsoft bigwig, Don Mattrick was to buy an Xbox 360. He couldn’t have made a more transparent attempt to tell consumers to go fuck themselves if he’d sent them a picture of the invisible man’s dick. Now, along with being able to play offline, the entire console will now function exactly like a 360, the very same console Microsoft were claiming was out-dated and not what fans wanted just 2 weeks ago. There are guys with bisexual girlfriends with a firmer grasp on what people want to do in their bedroom than Microsoft right now.

These inconsistencies are so common that half the content on Reddit Gaming in the last few days is people finding quotes from Microsoft higher-ups that directly contradict what is happening at this point in time. Microsoft couldn’t have made it easier to see how full of shit and contempt for their customers they are if they had their stomach covered in plate-glass.

This is a company that ran its E3 demos on PCs more powerful than the PS4 and Xbox One combined using Windows 7 (when the Xbox One runs on Windows 8), and denied that this was in any way misleading to the public about how powerful their system was. This is a company that is shipping their console with a mandatory Kinect which has the potential to watch and note everything you do in front of the console. This is a company that cancelled all of its post E3 interviews to avoid having to talk about policies that sought to alienate 70% of its customers.

We’re not saying that the Xbox One won’t be an awesome console, did you see Titanfall, how rad is that shit? But before anyone can say that the console war is back on, we need to remember who almost killed it in the first place.