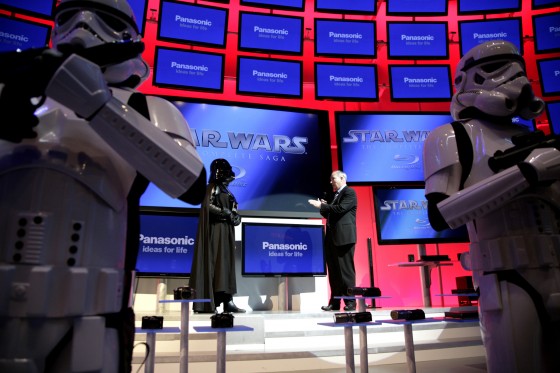 Well, this year is looking up already for all us fanboys. If you haven’t heard well let me tell you the good news. The complete Star Wars saga will be available on Blu-ray in September of this year.

The Blu-ray set will feature all six live-action Star Wars feature films utilizing the highest possible picture and audio presentation, along with three additional discs and more than 30 hours of extensive special features including never-before-seen deleted and alternate scenes, an exploration of the exclusive Star Wars archives, and much more. Take a deep Vader breath with me now. September is a few months away, but I can’t hardly wait. 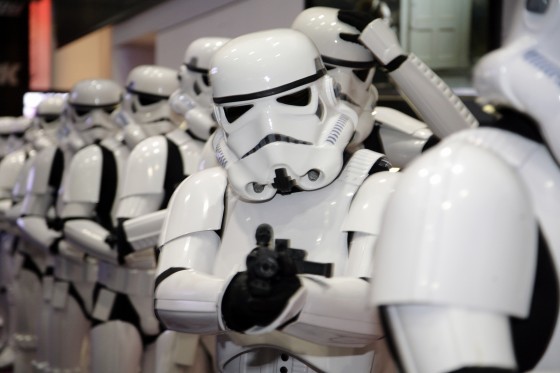 The Star Wars: The Complete Saga on Blu-ray will be available for $139.99  and the Star Wars: Trilogy sets for $69.99 . In Vegas this week the news was presented at the 2011 International Consumer Electronics Show. In Lucas fashion Vader was flanked by a  legion of his finest  Imperial Stormtroopers, and joined Twentieth Century Fox Home Entertainment President Mike Dunn at the Consumer Electronics Show (CES) to announce the release, vowing,”The forces of the Empire will be at your disposal to assure the success of this endeavor.” Check out the trailer below!