The Origins of Ten Batman Characters 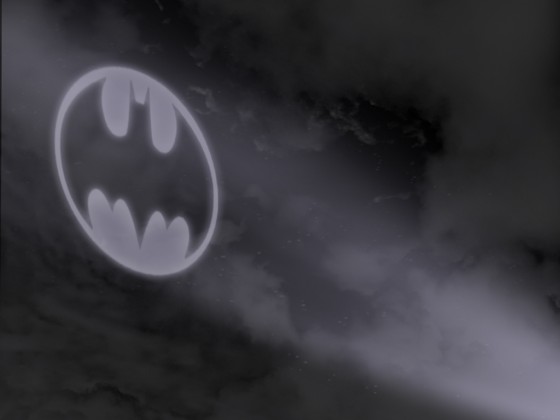 Batman has long been a staple of Detective Comics (DC) and has become one of its most well-known, not to mention longest-running characters. Bob Kane created the titular anti-hero back in the late ’30s, and he’s been running strong ever since. But one thing Batman has that is truly amazing is his cast of rogues and friends. Though his confidant list is far shorter than the enemies list, they’re both incredible in their diversity and number. In this list we cover ten of Batman’s allies and antagonists, some of which are quite odd and others that come from really odd places.

Many readers and Batman fans automatically associate Alfred as Bruce Wayne’s closest confidant and surrogate father who stepped in to raise Bruce after his parents were brutally murdered. And many of us would be right, however, what few know is that Alfred’s original persona was that of a fat, bungling, failing detective who was more of a bane to Batman (get it?) than the eventual trim, mustachioed father figure he’d eventually become. Were it not for the original serialized Batman TV show featuring a much more dapper looking butler, Alfred might still be the chubby goof he once was. 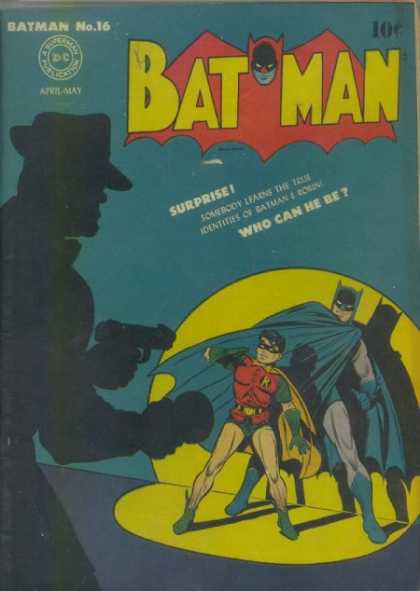 Killer Croc is one of Batman’s most dangerous and deadly foes. His string of initial appearances coincided with Jason Todd’s turn as Robin, and basically Croc hung out in the shadows attempting to take over Gotham’s crime syndicate on his own. He stepped on a bunch of The Joker’s groups’ toes, and made quite a name for himself in the process. His visage, once seen, was that of a huge, burly man with a wicked form of atavism that made his skin appear scaly and lizard-like. After attempting to kill Batman via the back-breaker, Batman and the new Robin eventually defeat him. Soon, his disease began to worsen considerably to take on the grotesque croc-like appearance we know today. 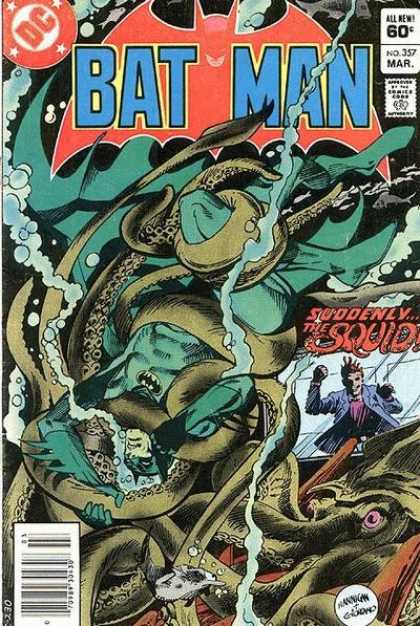 When you’re basically a vigilante who tends to operate completely outside the law in order to capture the rampant criminal element of your city, it really helps to have a man on the inside. Police Commissioner James Gordon has an up and down relationship with Batman, understanding what Batman does is necessary to rid the city of the ever-present evil element. Though often skeptical and occasionally left to clean up Batman’s messes, Gordon just as often relies on Batman for his assistance. 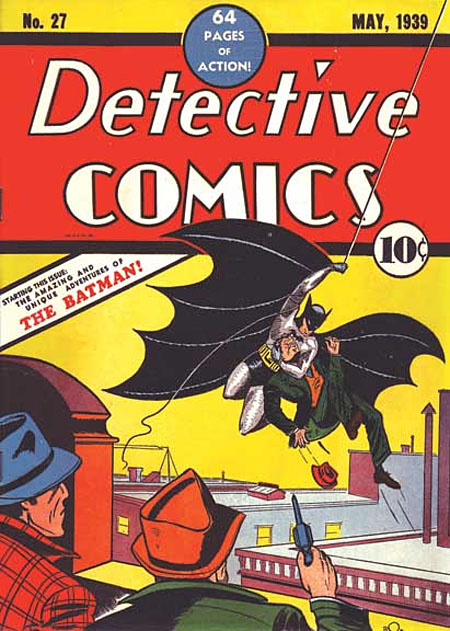 Talia is the daughter of perhaps Batman’s most irrepressible and ultimately dangerous foes: Ra’s al Ghul. Oddly, with the ironic twist of Talia becoming a love interest for Batman, Ra’s considers him the most worthy man to marry his daughter and become an heir to the family. In the current storyline, Talia is the mother (with Bruce Wayne being the father) of Damian Wayne, who has stepped in as the new Robin to Dick Grayson’s Batman as they wait for the caped crusader to return from his trip through time. 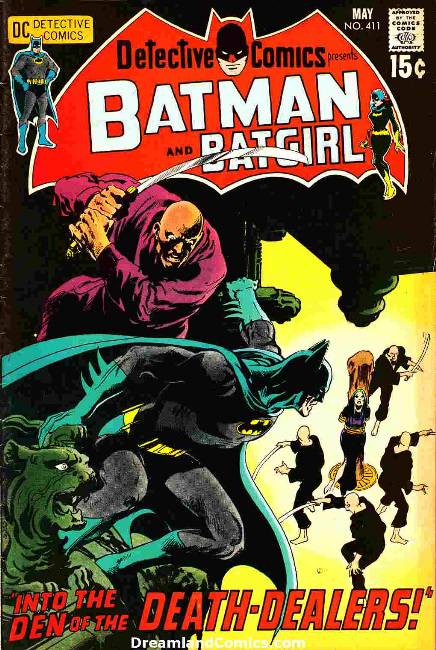 Talk about obscure and completely arbitrary characters, Calendar Man takes the cake. Julian Day (a play on both the Julian and Gregorian calendars) is fixated with dates and calendars and commits crimes based solely on occurrences from specific days, be them anniversaries, holidays, weather, the seasons, or random things like ancient birthdays and astrology. If, for instance, he is performing his criminal activity based on days of the week, he’ll typically rest on Sundays, often leaving town all together… unless he’s caught before hand. His garish dress features his now iconic Calendar Cape. It’s a big Calendar. 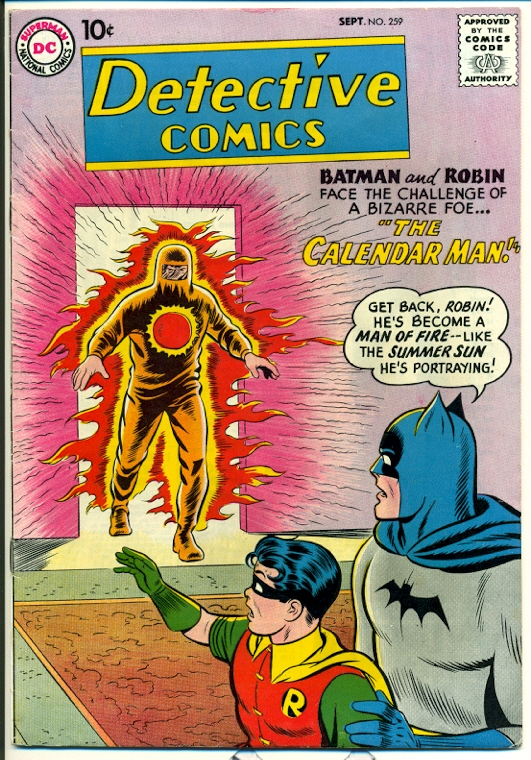 Much in the way that Bruce Wayne’s once fear of bats literally gave way to his guise as a costumed crime fighter dressed as a bat, Dr. Robert Langstrom’s scientific studies with bats to develop a serum to allow humans to use sonar led him to use his experiments on himself, becoming the monstrous Man-Bat. One of the side-effects of the serum is its reduction of human intelligence, thereby making Langstrom go mad and on rampages, until Batman can once again find the reversing effect. One of the most unusual ‘fixes’ comes in the Batman Lego video game where a giant bell is to render Man-Bat unconscious. 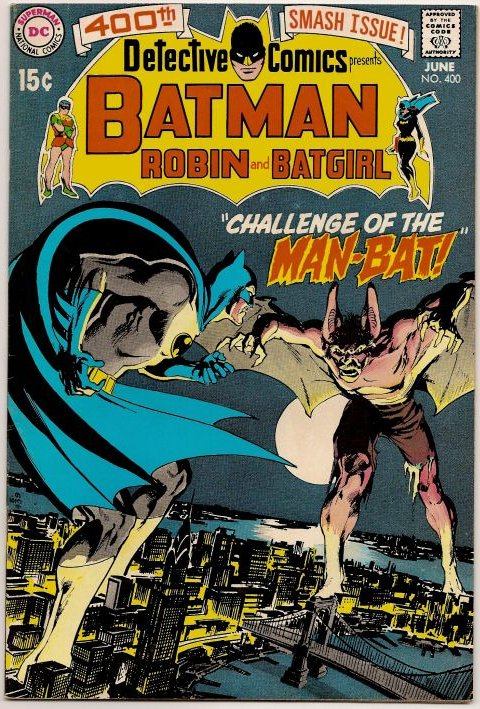 It’s difficult to miss The Gentleman Ghost; he appears as a stark white pair of pressed pants, a crisp jacket, ascot, spats, meticulously shined shoes, pristine gloves, a monocle, a dapper top hat and a cane. Why is this weird? Because he has no discernible body or head! The hat and Pince Nez appear to float in mid-air, however precisely. Jim Craddock wandered the wrong highway in 1862 and found himself on the lynching end of a man who didn’t take kindly to his apparent sexual advances toward his wife. Soon, Craddock discovered he had been forced to wander the ethereal plane until his killers crossed over. Bizarrely, his murderers turned out to be restless spirits who were reincarnated as Hawk Man and Hawk Woman. Gentleman Ghost isn’t going anywhere for a while. 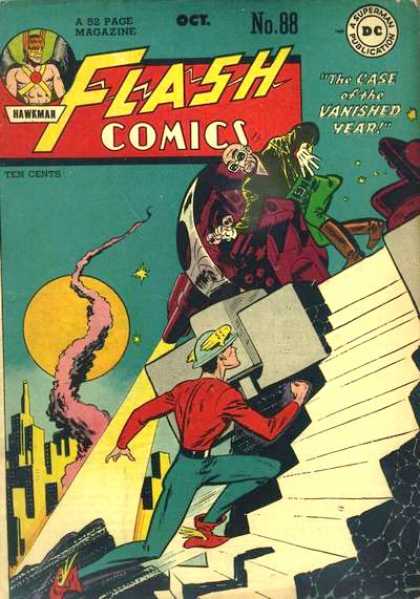 The origin of Plastic Man is devilishly simple. Patrick O’Brian was a burglar who just happened to get shot in the shoulder while attempting to rob the Crawford Chemical Works and was subsequently doused with an acidic compound. As he escaped, and watched his cohorts beat feet without him, he ran and hid in the mountains. When he awoke, he found himself under the care of a kindly Monk who believed he could do better. Once deciding to live a better life, O’Brian discovered the wound in his shoulder allowed the chemical to leak into his system, thereby giving him all the properties of rubber! He’s pretty much invulnerable, immune to gradual temperature changes, able to squash and stretch into virtually any size and shape, and can form into objects with moving parts! His name would make more sense if it were Rubber Man, but what are you gonna do? 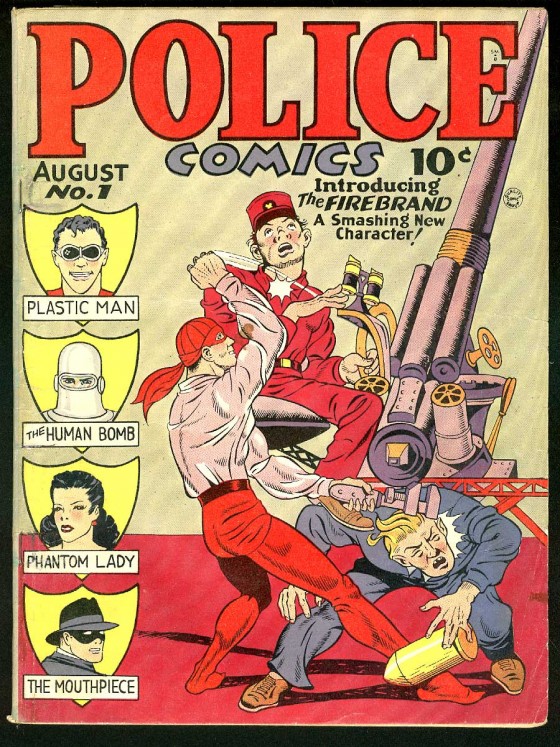 A Superman comic is the origin for once-Robin, Dick Grayson? Yep. Bear with me here, it’s a tad bizarre. First off, it helps to understand that a ‘Nightwing’ is a bird species native to Krypton. At one time (Pre-Crisis), Superman and Jimmy Olsen travel to the bottled world of Kandor and, acting on Supes’ knowledge of Batman and Robin, act out some heroic bits of vigilantism dressed as Nightwing (Superman) and Flamebird (Olsen). The story was later regaled to Wayne and Grayson so, when Dick decided to hang up the Robin tights and go solo, he based his costume on the Kandorian exploits of Superman and Olsen. It’s a long shot, but there you have it. Post-Crisis, however, the lore is based on a Kryptonian who lived hundreds of years before Kal-El and fought crime dressed as a Nightwing, so when Superman tells Grayson this tale, he takes on the persona. 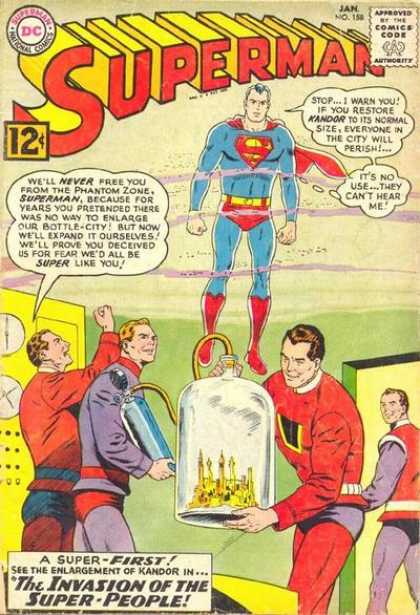 The twisted, gnarled mask of the sinister Scarecrow is enough to frighten anyone by itself, let alone the fact that he uses toxic gasses to create fear. Jonathan Crane was a psychoanalyst focusing on fears and phobias, most of which he’d often bring to the sufferer’s mind with altering drugs and specific gasses. Eventually, he took on a life of crime donning a burlap sack with holes cut out for eyes and tattered hat reminiscent of the farm familiar he dressed as. For a time, during Darkest Night, Scarecrow’s immunity to Fear (thanks to his own use of his toxin) made him nearly invisible to the Black Lanterns, until Sinestro forced him to feel it again. He was so overjoyed, he mindlessly followed Sinestro into the darkness. 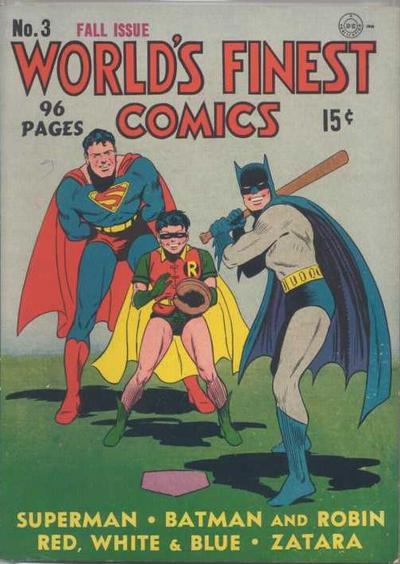