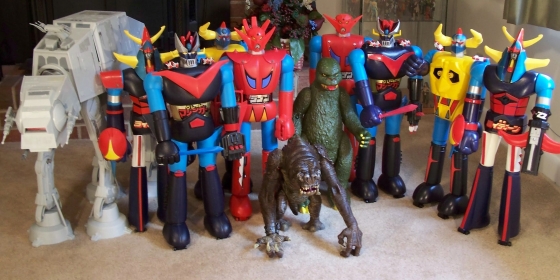 Raise you hands if you had really cool parents who, despite their evident distaste and lack of love for one another, avoided dragging you into their twisted web of lies and deceit by showering you with toys and stuff. Yeah, I saw a bunch of arms shoot up right there. I think it was a given back then -for me, mid-’80s- when a set of parents were just scratching the surface of a complete marital breakdown to want to pile on the gifts to keep the kids happy and blissfully unaware. Ya know what, no matter the outcome (as obvious as it was at the time) I feel lucky since I was able to enjoy so many of the coolest toys without even having to ask.

I grew up (sort of) in the late seventies and early eighties and I thoroughly saturated myself with as many of the biggest and best playthings my rapidly separating parents were willing to toss at me. I believe I became a bit jaded and proud since I was always one-upping the neighbor kids who kowtowed to me like the little jealous shits that they were. But I digress. The following list of sorts is a collection of really bizarre toys I had as a tot. And yes, for authenticity’s sake, I really did own them all. So, check out a little piece of my dysfunctional childhood. 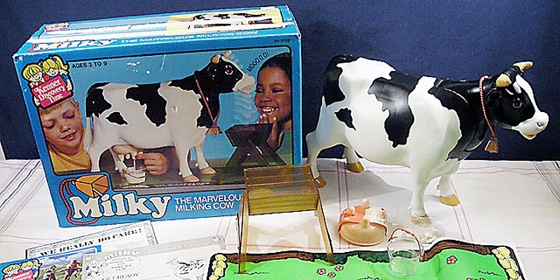 For some strange reason this was fun. I didn’t grow up on, or anywhere near a farm, but I assure you, I wasn’t missing that little piece in my life, either. From what I understand farmhands have to get up so early it’s actually before they go to bed just to milk the cows. Not gonna happen. Regardless, this toy was fascinating. I’m also unsure as to what the ‘milk’ was. Powdered? Did it come in packets? No idea. Weird toy, this one. 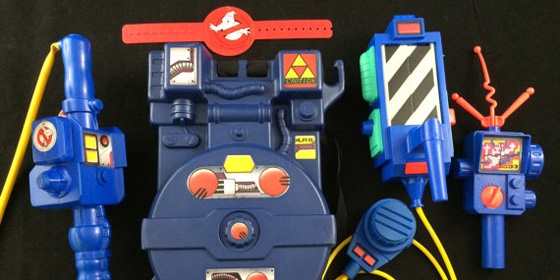 Even now as the popularity of a new Ghostbusters movie is surging anew, I can just see this set of toys making a screaming comeback. Of these spirit dispatching weapons, I had the Proton Pack that actually shot the little foam balls as opposed to just the one with the giant orange phallus sticking out. 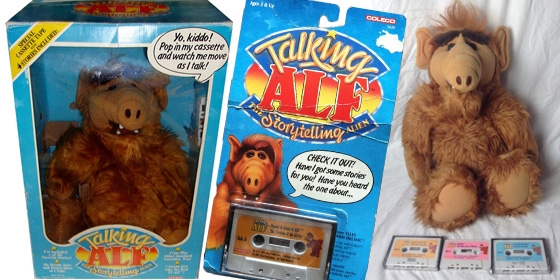 Nothing wails great idea like combining two of the most popular items of the 80’s into one abhorrently annoying toy: Teddy Ruxpin and… ALF? Don’t get me wrong, I loved me some ALF! I used to watch that show with religious fervor. In fact, as a big a fan as I was, I even managed to collect the comics and have a non-talking version as well. Yes, I was a boy, jackass. Anyway, I got this for Christmas one year and let me tell you, even though ALF’s voice was only available via tapes, having him sing along to Queen and Jethro Tull was just a friggin cool. 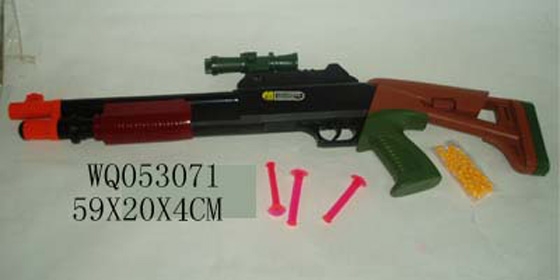 Yeah, I had this. No, it wasn’t new when I got it from some friend of the family and therefore didn’t really work as spectacularly as it does in the ad, but I owned it nonetheless. By some odd turn of events, one of the kids in my sprawling neighborhood had it as well and we used to play with them at his house. Point of Fact: His house was built into the side of a hill. Cool. 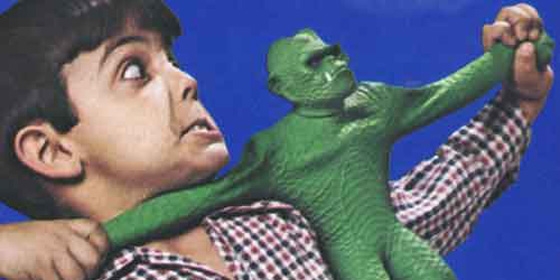 Ah yes: the action figures made out of super rubbery skin filled to the brim with some elastic space material from Jupiter. Why the toy company never made like Mr. Fantastic, Plastic Man, or Elongated Man is beyond me. Hell, even Baby Plas was in his own cartoon at this point! 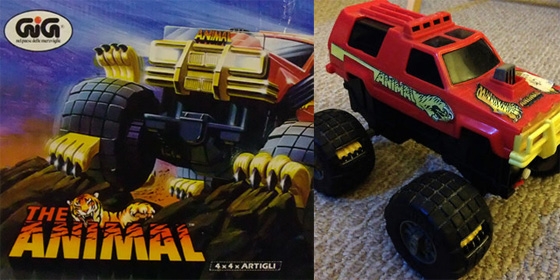 When the sheer absurdity of the humdrum monster truck plowing over a mound of flattened Pontiacs is just not enough awesomeness for you, then it’s time you graduated to the uber-ridiculousness of The Animal! But does it have six wicked monster bear paws that come popping out of the tires when a normally insurmountable obstacle is in its way? I think you already know the answer, my friend. 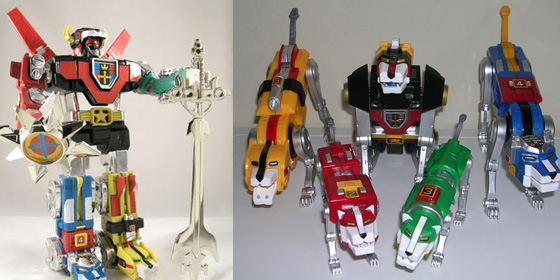 Not so much wholly bizarre is it is just proving how much more cheaply made toys have become. When I had this monster (I had to get it at a local specialty shop) not only was it something like ninety bucks (which translates into the thousands in todays exchange rate) but the thing also weighed as much as an eight-year old! Back in the day toys were made with heavy-weight metal and we liked it that way! Even the Transformers of yore wouldn’t pop apart as they do now no matter how hard you wrenched their limbs because they were quality! Damn cheap-o plastic! Where’s my gun.

In the 70’s and 80’s Mego had a stranglehold on the comic book character licences and put out a toy of just about everyone you could have imagined. Sure, they were really silly looking and appeared more to be wearing pajamas than actual costumes, but whatever: they were cool! I had a half-dozen or so and really wish my mom hadn’t had a slew of secret garage sales or else I’d still have them. Boo stupid parents! 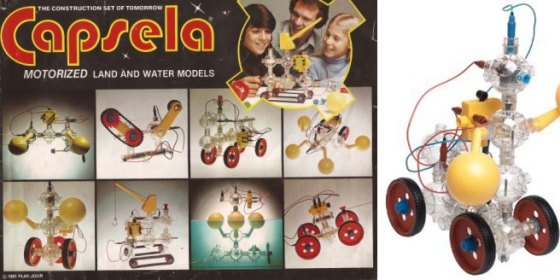 Much like LEGO in their vast array of building options, Capsela had even more than that going for them: they floated! One year for Christmas my brother and I got a shit load of this stuff. We did manage to build a lot of the things in the directions, but we also managed to break a bunch of it. Damn kids. 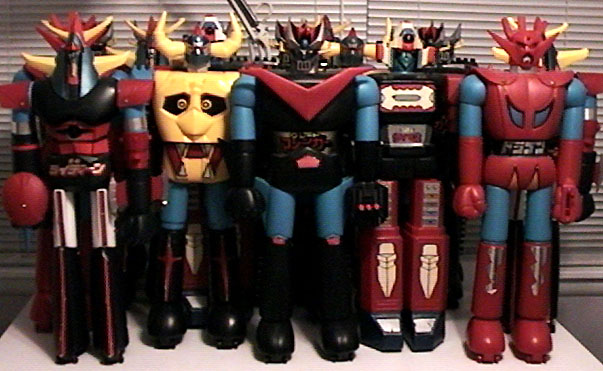 When it came to toys that launched and shot stuff out of everywhere on its four-foot frame, you could do no better than the behemoth Shogun Warriors.